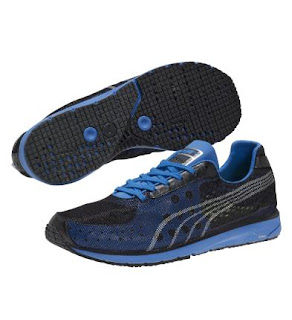 I remember the day in April 2004 when I began wearing Nike Frees.  I had seen my older teammate, Bryan Kegley, wearing them and seeing as I needed new shoes I thought they would be a logical choice.  At the time I knew nothing of pronation, supination, neutral, motion control, cushion, stability, etc.  I was all about cheap shoes that had cool designs and crazy colors.  This is where the Frees came in.  This was before the minimalism revolution swept running culture.  They were new and fresh.  I just had to get them.  So I did.

Jump to December 2011.  It is now seven and a half years after I began wearing the Nike Frees.  I had never seriously trained in anything else.  I dabbled with flats here and there and had a short run with some blaze orange Asics DS Sky Speeds but we quickly had a falling out.  I had been fairly loyal to my Frees.  Through the 5.0 version 1-4, Free Trail, Free Run +, Free 3.0, and Free Run +2.  Anyway, I had been looking into some different minimalist shoes for a long time.  The Frees really aren't very minimalist these days.  Yea yea, they mimic barefoot running and all but truly they are just cushy, neutral shoes.  Not that I don't love them very much but I was looking for a change.

Enter the Puma Faas 250 (Picture Above).  Puma had been having sales and promoting these shoes hard on Letsrun.com.  Eventually, after stumbling upon a 50 percent off coupon and free shipping I purchased these shoes for 25 dollars and 50 cents.  Even if they didn't work out for running they still look cool, right?

I got these shoes three days ago.  The first run felt great, I was surprised by how light and responsive these shoes were.  My toes had bled during that first run but I was willing to give them another shot.  I did and they proved themselves once again.  My Frees are great for everyday runs but when it comes to workouts I throw on the Katana Racer 2 or Streak XC 2 or 3.  I feel like the Puma Faas 250 could transition straight from long run to 400 intervals.

In conclusion, I like the Puma Faas 250.  However, they aren't going to replace my Frees any time soon.  They will join the rotation along with my Blue Free Run +, Red Free Run +, Streak XC 2, Free Run + 2, and my last remaining pair of the 5.0s.

Posted by Unknown at 9:14 PM No comments: