The South Dakota State Jackrabbits announce their 2012 Cross Country recruiting class.  These boys signed on National Signing Day, February, 1st.  More will sign as they make their decisions in the next couple of weeks.  It's another great day to be a Jackrabbit!

Dylan Slaba- Sioux Falls Roosevelt, MN- Dylan narrowly edged Kipp to place 8th at the state meet in the 1600 with a time of 4:27. Dylan was also on the runner-up 4x800m relay team.  In the fall, Dylan placed 8th in Cross Country.

Grant VanKeulen- Marshall, MN- Grant is a talented all around runner.  His main event in track is the 800 in which he holds a PR of 1:58.  Grant is also a successful cross country runner, qualifying for the state meet 3 times. 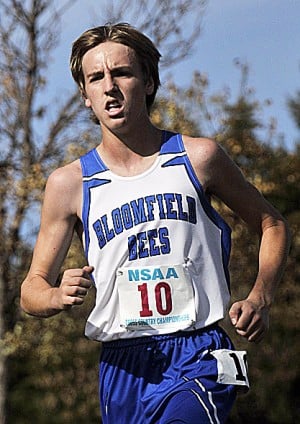 Connor Branick- Sioux Falls O'Gorman- Connor was 11th at the state cross country meet last fall with a time of 16:28.
Posted by Unknown at 10:47 PM